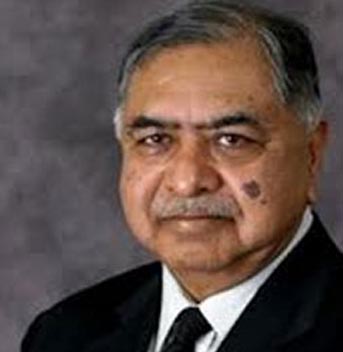 Gono Forum president Dr Kamal Hossain said on Friday that brewing controversy over the number of martyrs is a symptom of sick politics prevailing in country.
“These are all sick politics. Why would there be controversy over such issue? I won’t waste my time talking about it,” said Kamal Hossain while he was asked to comment on the recent controversy over martyrs numbers.
He was speaking to the newsmen after a meeting of Gono Forum standing committee in Arambagh area of the capital.
On 21 December, BNP chief Khaleda Zia said at a discussion in the city that there was a controversy over the actual number of martyrs died during the country’s Liberation War.
“There’s a lot of debate over the actual number of martyrs. It is said that a certain million [3 million] embraced martyrdom during the war. How many martyrs are there in reality?” said Khaleda.
On 25 January, a sedition case was filed, urging the court to issue an arrest warrant against Khaleda Zia for her remarks.
Dr Kamal Hossain informed the journalists that the extended meeting of Gono Forum will be held on 13 March.