Consequences to be dangerous if CG 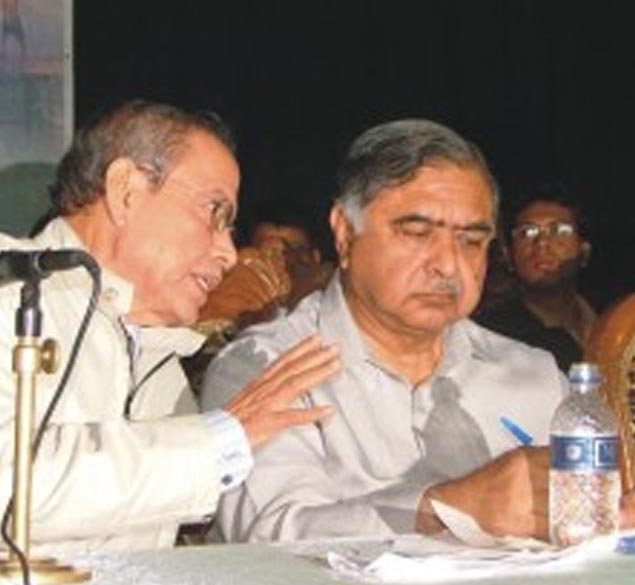 Gono Forum President Dr Kamal Hossain yesterday cautioned that consequences would be dangerous if caretaker government and the election commission are run by partisan people.

“Caretaker government and the EC must function independently so that people can cast their votes freely,” he told a dialogue jointly organised by Jatiya Oikya Mancha and Bikalpa Dhara Bangladesh at the Muslim Institute Hall.

Dr Kamal said if people fail to elect honest people to parliament through free and fair elections, parliament will not be able to speak for the common people.

He said that despite spending crores of taka on parliament and elections, the elected parliament turns ineffective after a few days. “To end this syndrome, 23-point proposal was made.”

On preparation of a fresh voter list, he said a “farce” is being staged in the name of voter list. “We can’t set our mind whether we should deplore, hate or condemn it.”

He said if the EC Secretariat is placed under the PM office, then how the neutrality of the EC secretariat could be maintained.

“This country does not belong to any individual, family, party or quarter,” the jurist said, urging the people to make 2006 a year of victory by forging people’s unity.

The former president said the alliance government has pushed the country towards ruination through terrorism, corruption, politicisation, killing people in the name of religion and making parliament dysfunctional.

He said the alliance government is like a threat to independence, sovereignty and democracy. Under this alliance rule, serial bombings in 63 districts rocked the foundations of the state. “The soonest this government quits the best it will be for the nation,” he said.