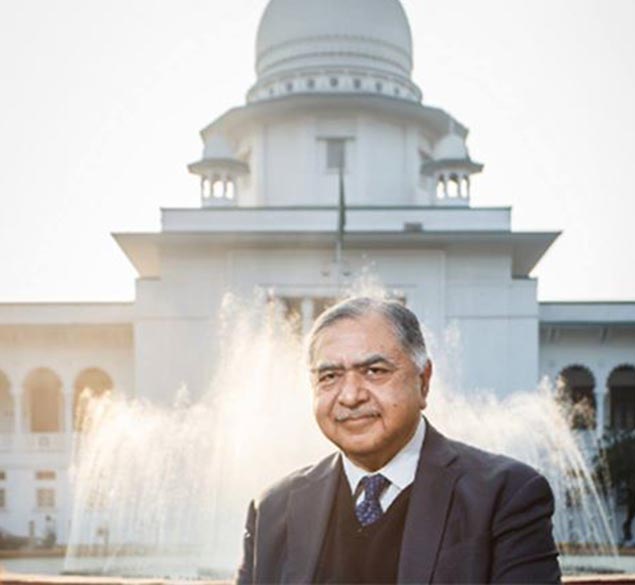 Dr Kamal Hossain (Apr 20, 1937) is a Bangladeshi jurist, statesman, politician and freedom fighter. He accompanied Bangabandhu Sheikh Mujibur Rahman in negotiations with Pakistani President General Yahya Khan and Pakistan People’s Party Chairman Zulfikar Ali Bhutto on transfer of power to the National Assembly following the 1970 election. He served as law minister of Bangladesh from 1972 to 1973 and as foreign minister from 1973 to 1975. Hossain is renowned worldwide as a jurist and enjoys a long-standing association with the United Nations. He served as the United Nations Special Rapporteur on Afghanistan and is a current member of the UN Compensation Commission. He has also acted as an observer in various elections around the world. 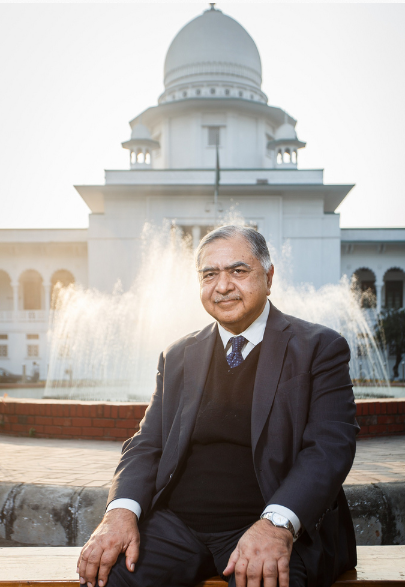